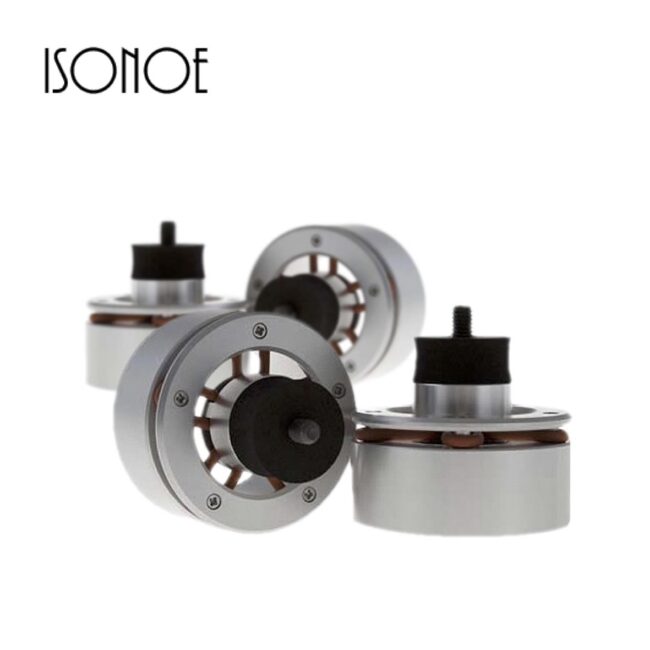 You would have seen these in multiple clubs and festivals around Australia, fitted on Technics 1200 or 1210 Mk2, Mk5, M5G’s.

They are the only ones that do the job properly. Feedback is no longer an issue with these babies.

Since release in 2004, the Isonoe Isolation System has become an industry standard in the world’s finest nightclubs and has received critical acclaim within the hi-fi arena. Although initially designed to prevent feedback in turntables, having been proven in professional installations, it has gone on to see adoption by users in a diverse range of sectors; from valve amplifiers and CD players, to laboratory apparatus.

We also stock the all new black version.